Could Chocolate Really Be Better Than Fluoride? 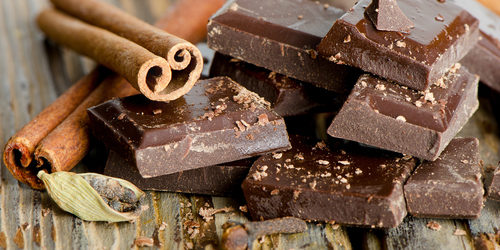 For years, it has been a known fact that fluoride is bad for your teeth after years of being told that it helps fight tooth decay. Do you know why it’s bad though? Even more, here’s why chocolate may be better for you then fluoride, despite original beliefs that chocolate is nothing but a sugary guilty pleasure.

Before it was used to clean teeth, fluoride was used to kill rats and insects. In fact, it wasn’t until the aluminum industry got lobbying from government groups in order to dispose of its pollutants by putting it into the water supply and telling people that they will have whiter teeth if they drink plenty of it.

Consuming too much fluoride will actually cause your teeth to become discolored and decay, exactly opposite of what the original belief was. There have been links found between fluoride and Alzheimer’s, cancer, and skeletal deterioration.

Unlike fluoride, the natural ingredients in chocolate are not toxic. For many, the damage has already been done though to their teeth due to years of fluoride. Recent tests have proved that the teeth can be not only be repaired, but be made more resilient to future cavities and decay, with toothpaste that uses theobromine, an ingredient of chocolate. In fact, in a study at the University of Texas, participants brushed with this toothpaste twice a day for a week. Sensitivity diminished as it took that brief of a time period to repair the enamel.

If you think everything you learned was wrong, you’re absolutely right. There’s one catch though. The cacao toothpaste does not taste like chocolate. Then again, maybe it won’t be as harmful as once thought to eat a bar of chocolate after brushing your teeth after all!

In the meantime, you can attempt to make your own chocolate toothpaste with this recipe.