You are here:
Dental HealthDental Information 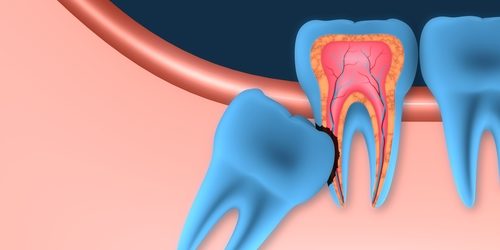 If you are dealing with an impacted or infected wisdom tooth, you might be wondering why you have them to begin with. After all, you have other teeth to chew with and all they do is cause pain. Researchers have been asking the same question, especially since for nearly a third of the population, wisdom teeth are no longer erupting. Below is an explanation as to why wisdom teeth existed and a few theories that discuss their disappearance.

Why We Have Wisdom Teeth

For ancient humans, wisdom teeth were helpful for chewing tough vegetables and meat, which were often uncooked. Since dental hygiene practices had not developed yet, many people would lose the other teeth needed to properly eat as a young age. As a result, the third molars, which we call wisdom teeth erupt later than other teeth, normally between 18 and 25 years of age.

However, many modern day adults are lacking at least one of these teeth. For some people, these never come in and for others, they become infected, resulting in pain or infection. Read on to learn about a few theories as to why wisdom teeth seem to be going the way of the Dodo.

Early humans had smaller brains than we do now. Over time, our brains grew, which led to crowding in other parts of the head. As a result, our jaws became smaller, which meant that there was less room for all of the teeth. Teeth that do not erupt are not beneficial for our survival and infection can lead to a shortened life, so over time, these teeth have disappeared to make room for more important teeth.

Let’s face it: pain is a turn-off for most people. This statement underscores another theory as to why wisdom teeth have been disappearing. Since our jaws are smaller and there is less room for the teeth, wisdom teeth often result in pain. In turn, this pain decreases sex drive, which limits reproduction. Some scientists have speculated that wisdom teeth are not erupting because their presence meant that people were less likely to have children, in turn threatening the survival of the species.

You Are What You Eat

A third theory says that wisdom teeth are disappearing as a result in changes in diets. Ancient humans, after all, did not eat food that was soft or cooked. They also ate whatever food they could find, instead of relying on produced food, such as farmed vegetables or meats. As a result of choosing more tender cuts of food, we no longer need wisdom teeth to cut through tough, uncooked vegetables and meats. This, in turn, has led to these teeth disappearing, as they are simply not needed any more.

If you are lucky enough not to have any wisdom teeth, you may be more evolved than those with them. And, if you are stuck with an impacted tooth, then you can be assured that they are unnecessary and can be removed.

Smoking and the Dentist’s Role
February 4, 2017