Could Poor Dental Health be Linked to Alzheimer’s Disease? 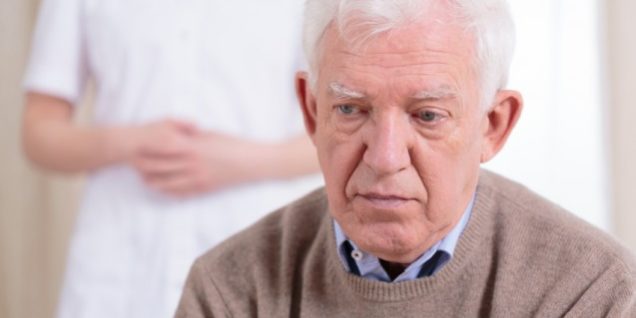 This question has been circling scientific and medical communities since 1891 at least. A recent study has brought the discussion back to the table. Researchers at the University of Central Lancashire in the UK studied ten brains of deceased Alzheimer’s patients, and ten brains of deceased healthy people. In four of the brains with Alzheimer’s, they found a substance from the surface of a bacterium called Porphyromonas gingivalis, usually associated with oral cavities and chronic periodontal disease. They found no traces of this substance in the healthy brains.

How Are Experts Explaining This?

Some scientists and doctors explain this with the fact that Porphyromonas gingivalis can pass through to the blood stream via normal daily activities, such as brushing, or eating. Also a cause of the bacterium getting into the bloodstream is invasive dental therapy, such as an extraction. This is why antibiotics are prescribed after such treatments, especially for the immune-compromised. It is suggested that each occurrence of this bacterium entering the blood stream trigger immune responses that could potentially lead to an excess of neuron killing chemicals.

Other scientists and doctors caution anyone from drawing too close a conclusion from this study, as the sample size is quite small. The findings could come down to mere statistical chance. The study could also show that the onset of Alzheimer’s Disease leads to a breakdown of a patient’s oral health routine, causing that person to get periodontal disease. What all involved agree on is that this study proves the need for more research.

While the direct link between dental health and Alzheimer’s Disease is still in question, what is not in question is the link to other diseases. Heart health and certain cancers are definitely directly caused by poor dental hygiene. Proper brushing and flossing are still important for one’s health.