Is There a Link Between Gum Disease and Secondhand Smoke? 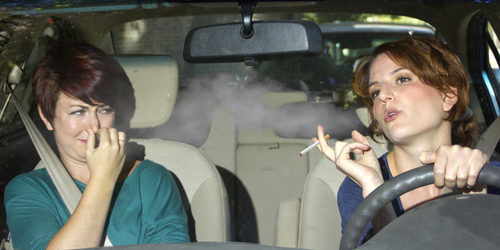 Tobacco smoke has caused smokers a number of diseases and deaths from the smoke. One thing that has not had the attention of the physicians and researchers is the study of secondhand smoke. Recently a study at the University of North Carolina at Chapel Hill was conducted where they used data from another study that showed a 29 percent increase in the exposure when workers breathed in the secondhand smoke. This created a double chance of developing gum disease. The study appears in the American Journal of Public Health.

For many years, secondhand smoke was not considered a danger to anyone around it whether it be in offices, restaurants, night clubs or gambling sites. Smokers for many years denied that there was a problem for non-smokers. In fact, smokers denied that tobacco was a cause of many diseases. After years of research, smokers finally admitted that tobacco products were very dangerous for users.

Most of the exposure today is in homes or automobiles. Anywhere there is an enclosed area when smokers are present, the dangers of secondhand smoke are real. Even opening doors or windows will not prevent the exposure. There are more than 7,000 chemicals in tobacco smoke and 70 of them are linked directly to causing cancer.

Scientific evidence of the dangers.

The U.S. Surgeon General in 2004, reached the conclusion that the scientific evidence was correct and secondhand smoke did indeed cause many health problems including gum disease. The American Dental Association recommends regular dental checkups with special emphasis on the gums. There are other reasons for having regular checkups but periodontal disease is a major reason to visit often and follow the dentist advice.

Is there justification for the dangers of smoking?

In conclusion, the many diseases caused by either firsthand smoke or secondhand smoke affects millions of men and women alike and children as well. This disease, cancer, could be reduced by hundreds of thousands if there were no smokers at all. Cancer is not easy to deal with and the treatments are long in time and very expensive. One wonders what justifies all the negative effects and deaths that occur because of this product. There is no justification!