The Seriousness of Bleeding Gums

You are here:
Dental Health 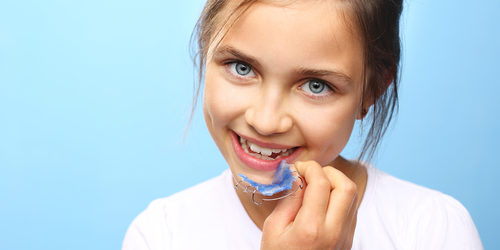 Bleeding gums may be a lot of things but it is mostly due to gum disease. And believe it or not, it is the biggest reason for tooth loss in most people, so if you want to take it for granted, then you ought to think twice. Gum disease is a serious problem. It is more than just bleeding gums and if you love your smile, you will take it seriously.

Plaque is the main culprit in gum disease and it is formed when food (sugars), saliva and bacteria is allowed to combine. Now understand that saliva and bacteria in the mouth is something that you cannot control. Bacteria that causes plaque is part of the normal flora of the mouth and you cannot just get rid of it. What you can control is the food that collects in the mouth. You can make sure to rid the mouth of food particles (sugars) to make sure that plaque does not form and accumulate in the mouth to wreck havoc.

Seemingly small-time in nature, many people are quick to dismiss gingivitis. They do not understand that there is so much more to bleeding gums. A person is found to be suffering from gingivitis when the gums are bleeding, purulent, tender, swollen and reddish in color. This condition is completely reversible and is easily resolved by scaling and oral hygiene maintenance. Once the plaque is removed and liberated from the tissues, the gums will revert to health and conditions will become normal.

Gingivitis is an awful problem but it is reversible. But what happens when gum disease is left to progress? When plaque is left alone to accumulate, it will disrupt the healthy environment of the gums and teeth, causing pockets to develop. These deep pockets collect even more plaque and with further accumulation, the same bacteria that caused the infection on the gums can infect the bones and begin to attack it.

Bone infection is a serious problem because it is actually the bone that holds the tooth in place. Bone infection in extreme levels will lead to bone loss, causing the tooth to become loose in the socket. Depending on the degree of loss, there will be observed mobility on the tooth and if it is allowed to progress, the tooth may just be lost.

Saving the Teeth from Gum Disease

Who would have thought that a simple case of bleeding gums can lead to the loos of a tooth, right? Do you know that you can say goodbye to a completely healthy tooth because of severe gum disease? Yes. Sometimes the tooth will have no problem but because of severe bone loss, you will lose the tooth. Do you really have to wait for this before you take action?

Bleeding gums serve as an alarm that ought to remind you of impending doom. The gums bleed because it is suffocated by plaque and it is screaming for you to do something—so by all means, do something to revert the issue, because you have to do something while you still can.

Smoking and the Dentist’s Role
February 4, 2017

What To Do When Root Canal Treatments Fail
November 16, 2016

Gum Disease and its Link to Systemic Diseases
November 14, 2016

Dental Treatments and Pregnancy: What to Know When You’re Expecting
September 22, 2016